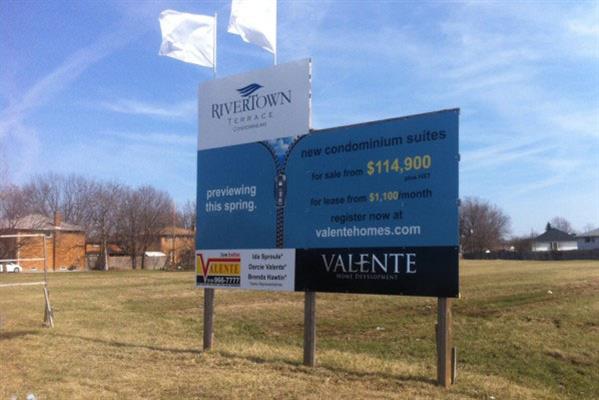 Valente Home Development was featured by Blackburn news detailing the launch of a new Condo development in Riverside… the first condo built in Windsor in over six years.  Read below…

Valente Development Corporation is moving forward with a new condo development in Riverside despite Windsor City council’s refusal for a reduction in development charges.

They were looking for a reduction of $185,000 from the city. President Peter Valente says that would have meant he could have sold each unit for around $5,000 less.

Still he thinks there is an appetite in Windsor for this type of development. “The market is kind of taking a little bit of a turn in Windsor and houses seem to be selling very well. Coupled with the lack of inventory homes that are on the market right now then I felt that this could be the right time to have the project be a success,” says Valente.

Sales for the units will begin in the spring with hopes of having it 60% sold by the fall to start construction.