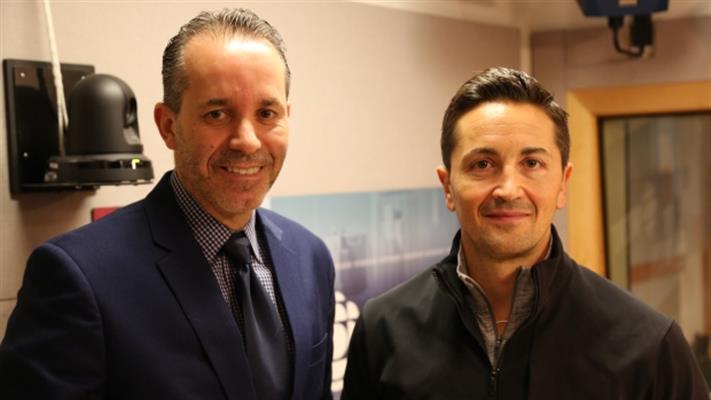 Windsor’s planning committee has given the go-ahead for grants for a new residential condominium development downtown under the Downtown Windsor Community Improvement Plan.

The plan, approved by council in September, makes money available with the goal of increasing the number of residential units in the downtown core, improving businesses facades and adding retail units to vacant buildings.

The application from the Valente Home Development Corporation is for a proposed three-storey, 24-unit residential condominium on the north side of Ouellette Avenue, across from the Windsor Public Library. The units will be between 800 and 1,100 square-feet.

It was approved unanimously by the planning committee Monday, but still needs approval from council.

“It’s an opportunity for people who live downtown to have something newer,” said the developer, Peter Valente. “From what I understand there hasn’t been anything new built downtown, residentially, in quite some time.”

Councillor Bill Marra, who is also chair of the Planning, Heritage and Economic Development Committee, said the presence of St. Clair College and the university downtown has been a “game changer”.

“What Peter’s development is going to do is give people an option that work or go to school downtown, as well,” he said.

Another application to the Improvement Plan was also recommended by the planning committee. It came from the Christian Science Reading Room, which is asking for up to $2,522.77 for an awning, door, sign and lighting.

“We’re excited to be able to apply for it and see where it goes,” said Patti Faulkner, the Reading Room co-librarian who applied for the funding.

The store would not have considered the upgrades if the grant program didn’t exist, said Faulkner’s sister, Barb Drouillard, who helped with the proposed design.

“Without the funding I don’t think that we would have considered that was really a wise use of our funds at the time,” said Drouillard, who called the program a strong step in the right direction for the City of Windsor.

“If they’re willing to help then I’m hoping more people take advantage of that.”

Patti Faulkner and Barb Drouillard said they wouldn’t have considered upgrading their storefront without the grant program. (Chris Ensing/CBC)

The total cost of the upgrades is just under $10,000 with the Downtown Windsor Business Improvement Association covering $4,567.50 through a grant.

They are requesting $2,522.75 or about a quarter of the total costs of the project, through the Facade Improvement Grant program.

Valente said that before the grant program was approved he had a property ready to develop, but the incentives at the time didn’t make economic sense.

“But with the new [plan] it gives us a little bit more advantage in terms of savings on the costs of development and it makes the development work for us financially.”

The City of Windsor confirmed that a third application has been received related to the grant program and two other applications are expected soon.

A spokesperson for the city told CBC News in an email that, “Based on the applications received and the applications anticipated, we are looking at over 100 proposed residential units between different developments, commercial/mixed use building facade improvements and investment in retail.