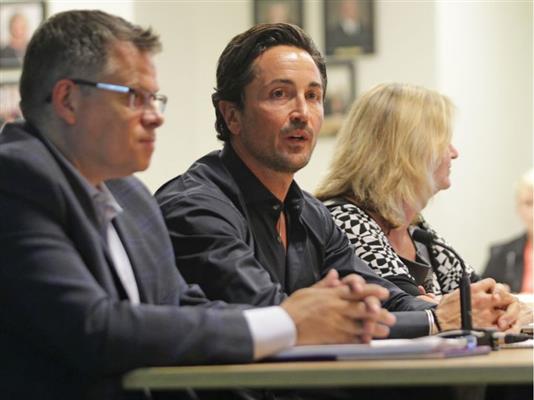 Lakeshore’s first-ever condominium project is in the works — and it’s got a $125 million price tag.

Two apartment buildings and 22 townhouses slated for land east of Manning Road once occupied by Tecumseh Golf could see some of its 138 “affordable, alternative housing” units occupied by 2021.

“It’s a very big deal for my company, and I think it’s going to be a very big deal to the Town of Lakeshore,” Peter Valente, president of Beachside Development Ltd. told town councillors Tuesday evening. “I would argue it’s one of the most walkable locations in Essex County.”

The housing development on 10 acres of currently vacant land will sit within a few blocks of banks, grocery stores, and other vital retail spaces just north of County Road 22. In addition to the six-storey apartments and three-storey townhouses, design plans include two free standing parking garages, parking lots, and a private road to internalize resident traffic.

Town councillors on Tuesday approved Valente’s application to place the housing development on the Amy Croft Drive site, and a zoning bylaw amendment to accommodate its mixed-use nature.

“This is brilliant,” said Deputy Mayor Tracey Bailey. “This is what we’ve really been talking about, so I’m happy to see it.”

Because the project’s density, Valente said, he would be able to offer “a more aggressive price point” than is offered by single-family homes. He compared the residences to townhouses he’s seen in Royal Oak, Mich., and said it would appeal to young professionals.

Even so, he said, he expected “at least 50 per cent of buyers” to be people heading into retirement and senior citizens looking to avoid the “burden” and “tribulations” that can come with home ownership.

“Whenever we produce these kind of projects, we (keep) Windsor-Essex County buyers in mind,” said Valente, who has been a developer in Windsor and Essex County for 20 years. “(We think) about costs, and…about how I can provide a product within a certain price range that will meet the needs of the market.”

He called the project his “most ambitious development yet,” and has been working on it for two and a half years.

“I believe that this project, once it’s approved, will fill a very necessary need in the town of Lakeshore for affordable, alternative housing for some of the residents.”

Valente expects to have shovels in the ground on the townhouses in the spring of 2020. Those would take between 12 and 15 months to complete, he said. After that, work on the 58-unit apartments would begin.

To accommodate external traffic created by the development, and other commercial developments underway in the area, the two-lane Amy Croft Drive will be widened to five lanes by 2021.

Valente must still receive approval from the County of Essex to move ahead with the condominium project.